Top Posts
How To Win At Slot 777
From Boot to Pot: The Fundamentals of 3...
How To Sell Real Estate Easily
PZC – Business Consulting In Poland
Acrylic Stands For Pins
No garage? Here are some tips for snow...
Easter Party Decorations
Top 5 Sporting Goods Sites Like Shopify
AiGrow Vs Goread.io – Which Is Right For...
Latest No Deposit Forex Bonus For Traders
Thursday, February 9 2023
BusinessReview

Mega Apps Vs. Super Apps – The Future of Applications

With the rise of the Internet, businesses and buyers have found novel ways to connect. At the end of innovation, businesses have never shied away from designing, developing, and deploying new marketing and service delivery modes.

That was the twilight of applications adaption – when users let the applications they use define themselves. At first, the idea was too many applications with each app specialized to do the designated task. This has changed significantly in the last couple of years, especially in Asia, where mega and super apps have reared their heads. The idea is simple in theory, a single application to rule over all applications!

Mega apps are the new quintessential types of applications developed to cover a global market. For instance, if a mega app for learning is developed, it will cover lectures, assignments, note-taking, payments, etc. By handling all the peripheral tasks in the same application, sometimes in the same dashboard, the application allows users to have a seamless experience while graduating from a mere application to a mega app.

Beeda Mega-App is an excellent example of a mega app. It is a marketplace where users can hire on-demand services, buy goods, watch a movie, book a vacation, and order food using the in-app wallet. Beeda Inc The company behind the application is determined to change how users think about shopping, hiring, playing, etc. In a nutshell, it is about optimizing user processes and data.

When compared to a single service app, Mega Apps can do even more. Where a single service app could prove instrumental in doing all the tasks related to one industry, a Mega app can do more by combining various industries under one umbrella. complete ecosystem

Blackberry’s founder gave the most common and widely-accepted definition of a super app in 2010. He believed that a super app tries to make an ecosystem for users where they could do all necessary transactions of everyday life without leaving the application.

Super apps are developed using the platform “Progressive Web Apps,” allowing other “mini-apps” to open in the in-app browser.

This allows a simple yet hassle-free extension to other apps without specifically downloading them and providing credentials in each one before completing a multi-tier transaction.

At one glance, it may seem like mega apps are just a beefed-up version of regular apps, but they are much more. In terms of reach, scope, and depth of consumer experience, mega apps are better and more efficient for end-users and are offering far more services than a superapp.

Following are some of the aspects of the two that make them different from each other:

What Makes An App “Mega”

After going through the definition and the underlying premise of a mega app – covering all the steps of an industry for users, it is time to dig deeper into its foundations and see what makes it mega.

Keep in mind that mega and super apps follow the same premise and share the same foundations. The two parts were the level of scope, reach, and diversity.

The characteristics we will highlight for a mega app also apply to super apps.

Following are some attributes that make an app a “mega app.”

The development of current Mega Apps / super apps must make their products available to everyone to provide equal chances. A “Mega app” should make it possible for users of any age, gender, level of technical expertise, or ability to access its features. It should also ensure that users of any level may easily perceive, comprehend, navigate, and engage with the app. People with impairments such as poor eyesight, color blindness, impaired hearing, impaired dexterity, cognitive difficulties, and so on can use the super app / Mega App since it is inclusive. In addition to this, the practice of inclusivity is precisely what makes a business and its brand more empathetic. 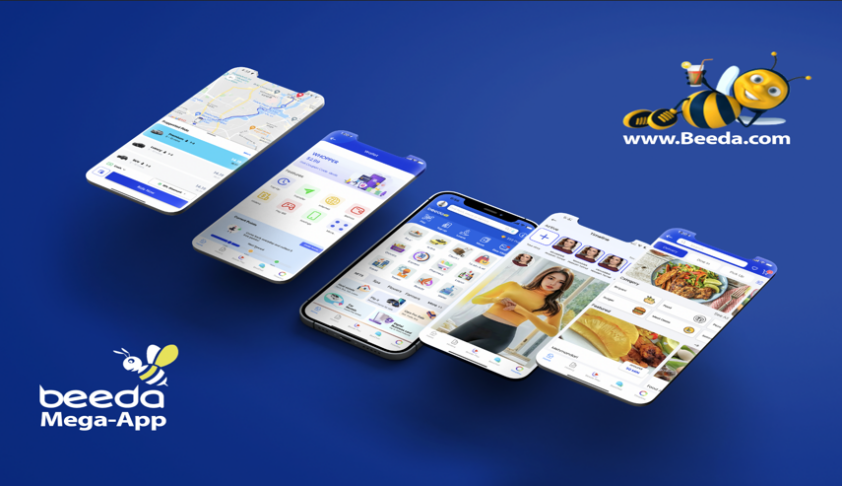 Hackers may consider the concentration of financial services into a single app to be a dream come true. When consumers download such an open system, it grants access to a tremendous amount of client data and assets, such as money or information that could be considered sensitive. This is one reason businesses should ensure that their super applications are secure against fraud and risks such as man-in-the-middle attacks while providing a seamless and problem-free experience for their customers. Beeda uses two-factor authentication within its app to add an extra layer of security to its already existing secure platform.

A primary concern for businesses, in addition to the protection of mobile apps, should be the native integration of robust authentication into their mobile applications. The apps can swiftly verify users and safely onboard new clients thanks to digital identity verification, facial recognition, voice recognition, fingerprint scanners, and behavioral biometrics.

The importance of social responsibility to the company has recently been emphasized. The increasing number of people who use mobile apps has led society to realize that Mega app businesses can impact the users’ living methods and their perspective on issues that affect the entire world. For instance, your company can contribute to the planet’s ecological sustainability by using environmentally efficient cars and equipment or by actively supporting trash reduction and recycling efforts.

Here is a rundown of the characteristics that are found in both mega apps and super apps.

End consumers place a higher value on the simplicity of use and the ability to search for products and services within an app that combines many functions into a single package since it saves them time. Imagine it as another home copy of your home screen where you can access all the services you need to organize your day-to-day life within a single app instead of having to switch between many apps.

Mega applications, such as Beeda App, began as ride-sharing apps and later added features such as instant chat and electronic wallets to their platforms. Beeda Pay was first conceived as a mobile wallet and payment hub; however, the software has expanded to include support for other verticals. Whatever the primary purpose was for which a super app was developed, it was performing its “job” exceptionally well, which enabled it to grow into an ecosystem of offerings.

Why would you want to give your end customers the ability to store their money in another app when you could have direct access to their wallets? This is an essential function that is being done by many apps with the ambitions of being a super app. Even eCommerce platforms launched their e-wallet function, enabling easy access to payments for their users. Many apps are doing this function because it is an essential part of what it means to be a super app.

The best applications function as a shopping mall, with various stores selling different goods. Because of their willingness to participate in joint ventures and other forms of cooperation, they have achieved a level of success. Their app architecture allows additional platforms to be integrated without any noticeable disruptions within the ecosystem they have created. Gamification platforms such as Goama have agreements in more than 24 countries worldwide, and they offer a carefully selected collection of games that are very addicting.

It is worth noting that this characteristic, by definition, is only found in super apps / Mega Apps.

Increased growth and user engagement are possible outcomes of a super app’s capabilities. In addition, meeting customers’ various requirements by providing a wide range of services is a great way to keep existing users happy and engaged.

It’s no secret that Goama is a fan of mega apps; it integrates very smoothly with at least one of them. Doing so contributes the enjoyable element that keeps end users on the super app in question, thereby extending the amount of time those users spend on the app even when they’re not using the super app’s primary service. It puts entertainment within easy reach and eliminates the need to download various game apps on their mobile device.

Floor Sanding With GULVKBH Is The Good Investment

How To Sell Real Estate Easily

Why You Need Dates

The Need For Business Owners To Employ An...